Ministry of Finance Shared Major Activities, Reformsand Anti-Corruption Efforts in Accordance with the Government Accountability Principle to the Nation

On February 20, 2020 Ministry of Finance shared major activities, reforms and anti-corruption efforts in accordance with the Government Accountability Principle to the Nation, and Access to Information Law in a press conference at the Government Media and Information Center (GMIC).

Mr. Zadran, Deputy Minister of Finance, presentedthe organizational structure, competencies and objectives of Ministry of Finance. He stated that for the first time over the last 18 years, MoF has managed to successfullycomplete six rounds of reforms with the International Monetary Fund (IMF) and receive 44.4 million USD IMF incentive fund. He further stated “in the 1398 FY, the target revenue was 188 billion Afghani in the national budget document; but by the end of 1398 FY we have managed to collect more than 209 billion Afghani. It shows an increase of 21 billion compared to this year’s target; and 110% increase compared to the last four years that the total revenue collected was 99 billion Afghani”. “Likewise, the Ministry of Finance has disbursed 98.3% of its Development Budget of 1398 FY; which is 3.5 billion Afghani on22 of its projects. This indicates a 4% increase compared to last year” Mr. Zadran added.

Mr. EisaQudrat, Deputy Minister of Customs and Revenue affirmed“besides other reforms, Ministry of Finance has applied revenue and custom electronic systems properly to prevent corruption and provide facilities to the customers. Taxpayers can fill their taxes electronically now.”

“The government has made remarkable progressin applying these indicators; among them 10 indicators have been completed 100%, and the remaining commitments have progressed up to 50%, because their timelines are until the end of 2020,” she added. 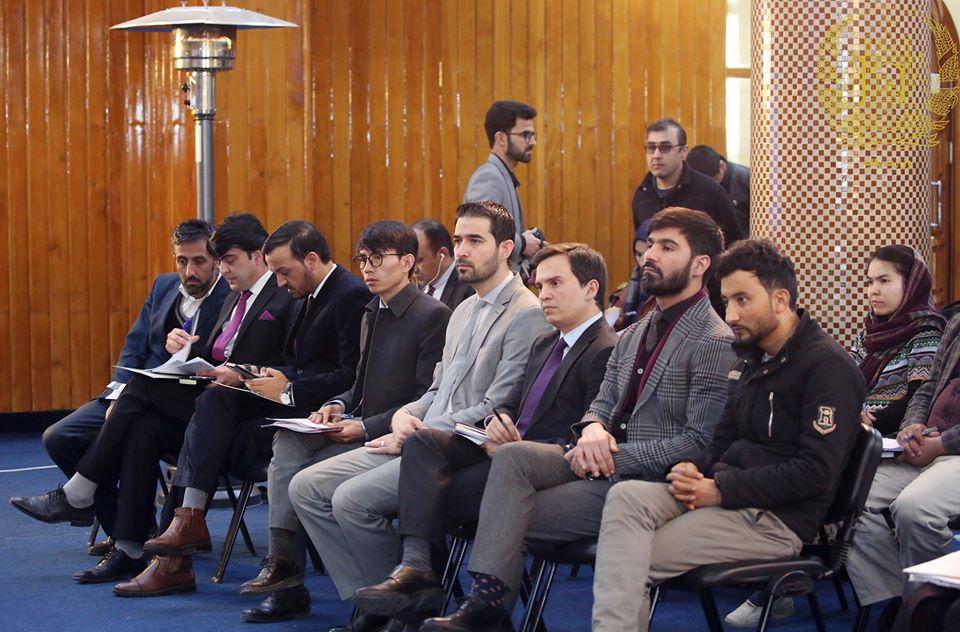 Lastly, in accordance with the presidential decree, according to article 2 of Access to Information Law, and in order to provide accurate and reliable information on the government activities to the people,Ministry of Finance shared its major activities at the press conference and answered questions that were raised by media.

On May 28, 2020 an international video conference was hosted by Turkmenistan to assess and discuss funding for Sustainable Development Goals of United Nations.

To support the retirees during the Covid 19 pandemic, the Ministry of Finance will pay retirees’ pensions for the current fiscal year without the new biometric process on the basis of. . .

From now on, you can then go to the following tax districts to obtain a Taxpayer Identification Number (TIN):